These are some pictures of my latest build.

The kit is a Dream Wings Tiger Moth, approx 1/6th scale, 1,500mm Wingspan.
Unlike the Fokker Tri-plane I built this with my flying skill in mind so I built it as crash resistant as possible! The wing leading edges are made from carbon fibre as are the cabanes.

All was going well and indeed I completed the plane. I put the battery on charge, on a metal tray on the floor, and with little room in my office the plane was over the charger. I then told the charger it was charging a six cell battery, when in fact it was a four cell.

All went well until the fire alarms went off! The battery had burst into flames and taken the charger with it. This had set fire to the starboard wing! The following blaze set fire to the carpet. I managed to put the fire out, but my stupidity cost me a small fortune.

I have since rebuilt the wing and the last pictures show the plane after itís maiden flight.

Lesson learned, and after a proper telling off by the good lady wife, I am now only allowed to charge my batteries in the garden room…which has a concrete floor and asbestos roof. Oh and all the kit has to be in the cast iron BBQ with the lid shut. And two fire extinguishers present. Fair enough.

More pictures of my Dream Wings Tiger Moth, including fire damage and the last pictures are after the rebuild and after the maiden flight. I tried to maiden it a couple of weeks ago but I’d got the centre of gravity wrong so took it home. Then on Sunday 28th April after the storm had burnt itself out I went to the airfield at about 3pm. I had the place to myself so no fear of making a fool of myself I went for it.

At first all it wanted to do was nose-over on take off, but I checked the c of g which was correct so I used the elevator and rudder to drag the back end to stop it nosing over. I’ve never flown a bi-plane before and Iíve since learnt that it is a characteristic of them.

Fist landing was a bit too fast and again it nosed over as soon as the tyres touched the grass. No damage done and I managed four flights before I ran out of batteries.

I’m looking forward to the May Day bank holiday to take it out again.

I am now building a 1/8th scale Mustang P-51D, which will hopefully take me a while, pictures to follow. 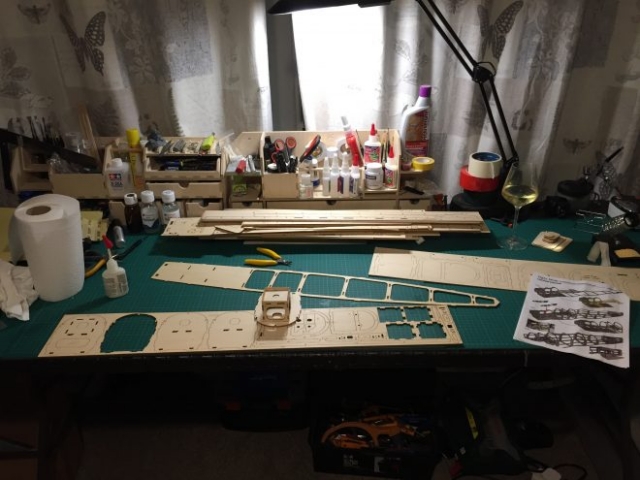 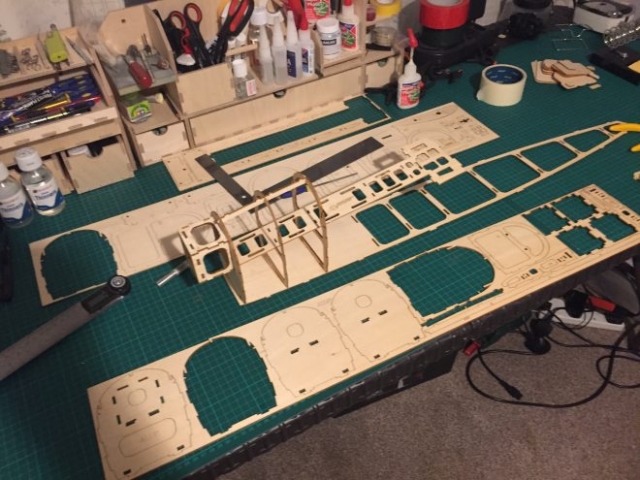 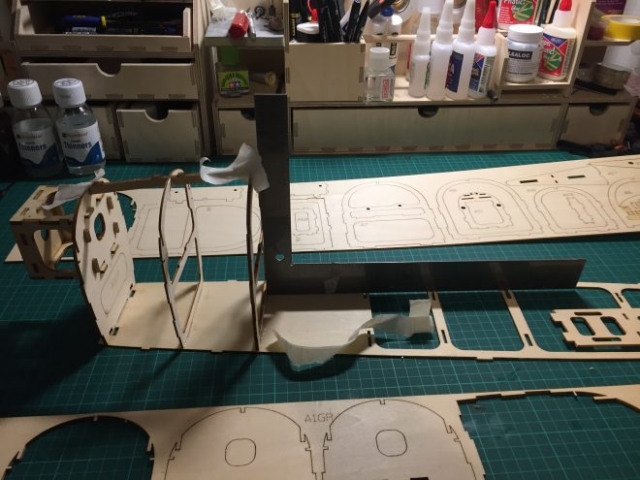 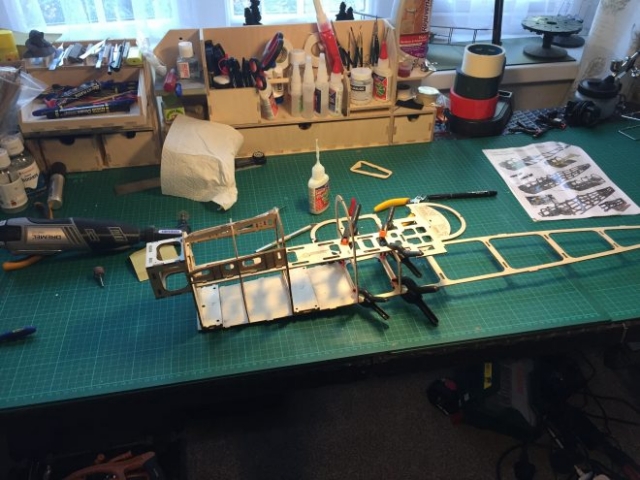 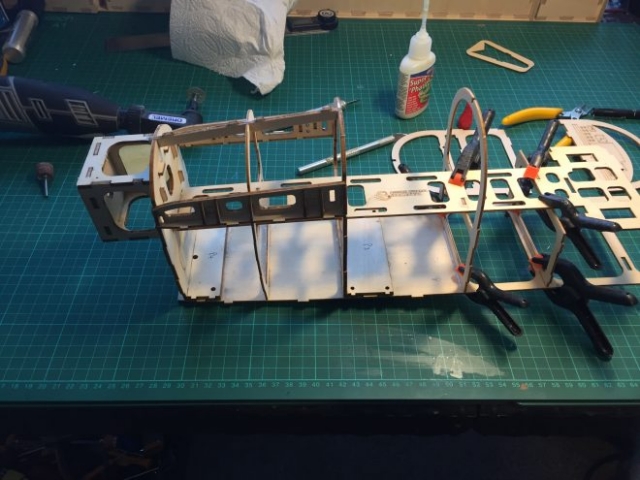 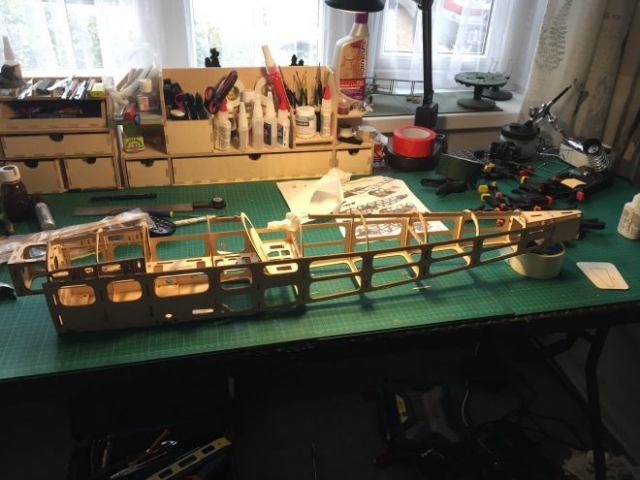 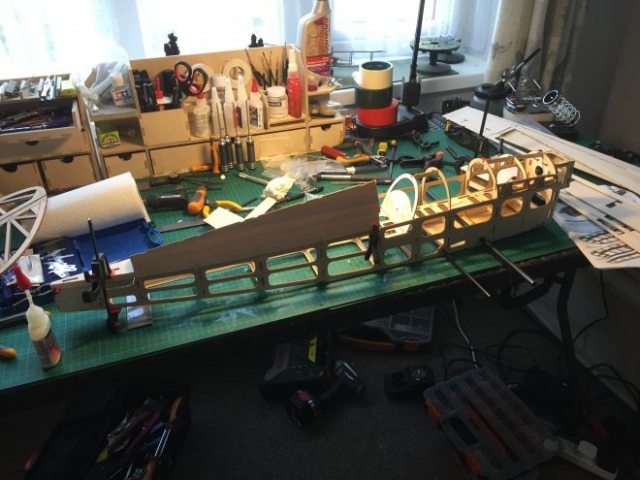 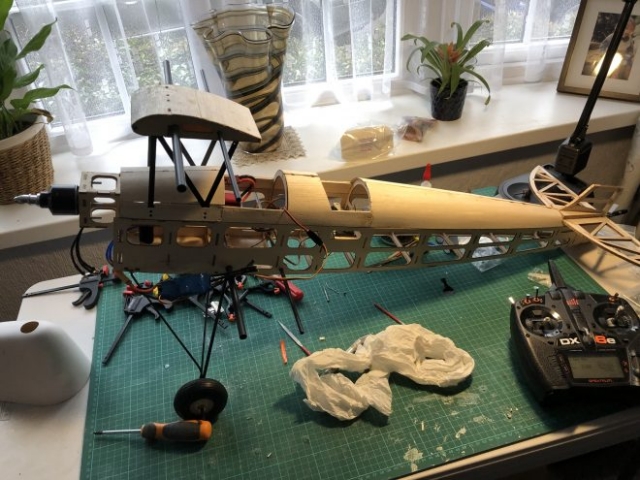 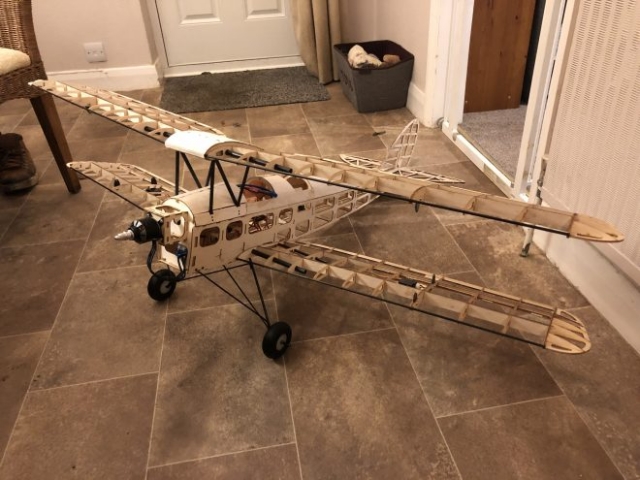 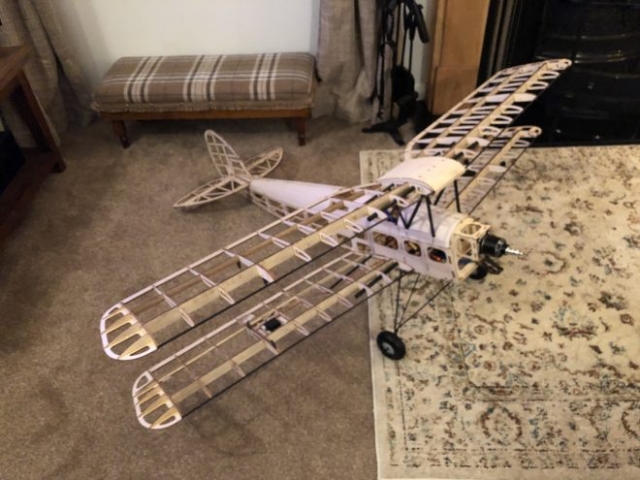 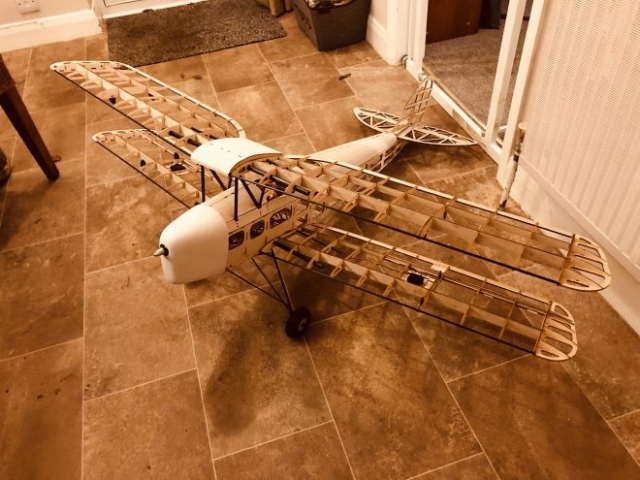 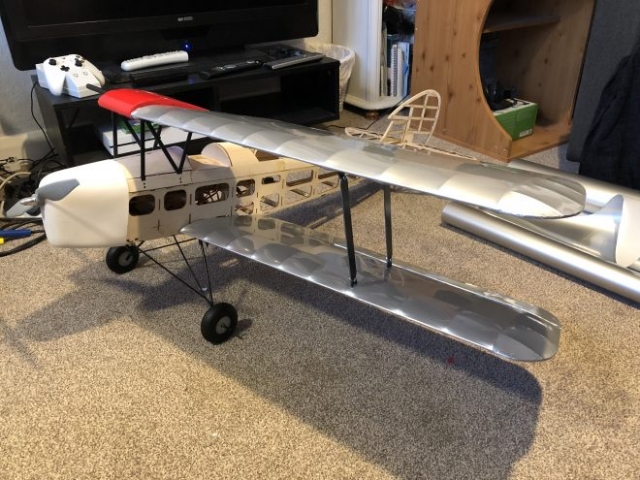 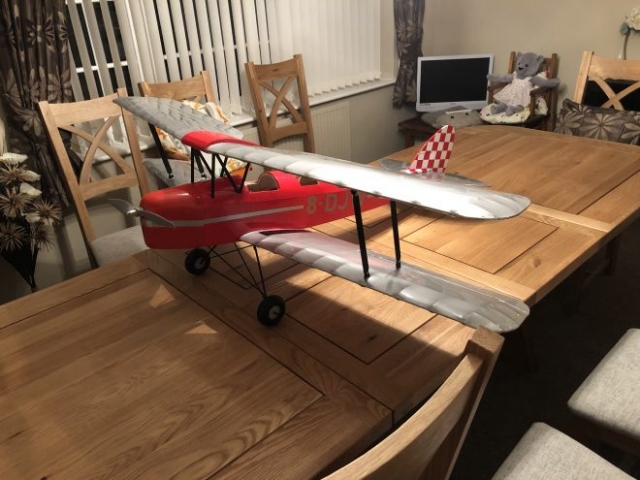 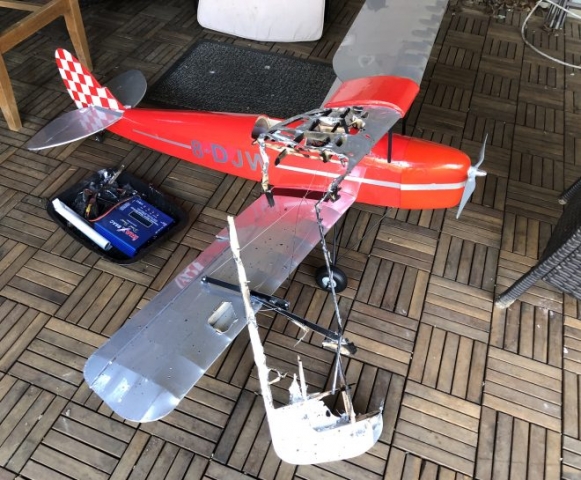 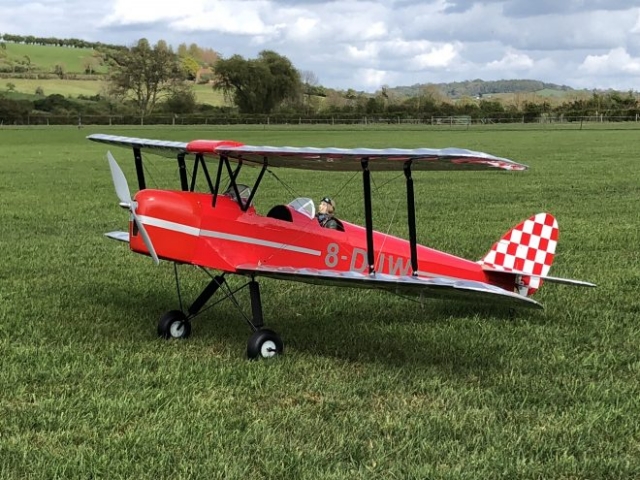 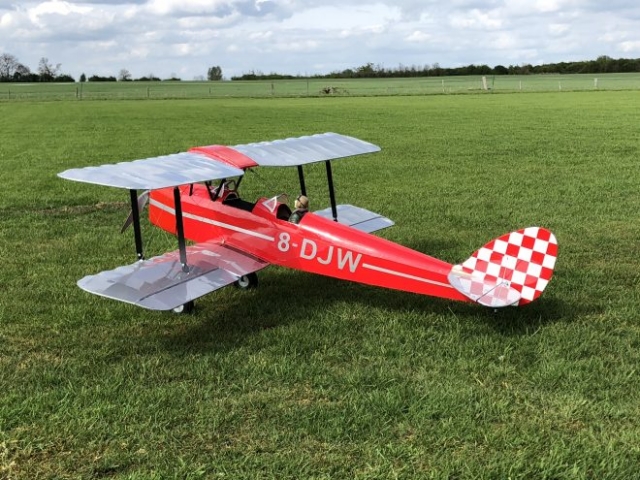