This is Bambina, which I built from a free plan included in the RCM&E special edition last September. Its a 31″ aerobatic powered by a 4-max PPOM-2321-2050 motor, 6 x 4 prop and a 25C 3S 350 mAh battery using a 15 A ESC. This is the first model I have scratch built that has a fully built-up wing. I don’t have proper building board so I found it difficult a times but got there in the end.

I made the canopy by shrinking part of a lemonade bottle over a balsa plug using a heat gun and then painted the inside surface black.

I took the option not to fit an UC but fitted a hand hold/skid to the underside of the fuz; it has sandpaper on the skid sides to provide good launching grip. The servo/linkage aileron covers are made from modified plastic lollipop moulds.

The covering is Hobbyking film and the red and black trim is Fablon, (purchased from Homebase and far cheaper than Solartrim/Oratrim).With the help of Paul Morris as a launcher, the maiden flight was on February 6th but the 350 mAh battery proved totally inadequate. At full throttle, I could only keep it barely 3 feet of the ground and after about 20 seconds it just died and belly landed in the long grass of a our patch.
Bench test wattage measurement showed less than 80 per pound maximum and decreasing rapidly. I have now fitted an 850 mAh battery (same as I use in my Super Kinetic), which showed plenty of long lasting power.

I am now just waiting for good weather to do another test flight. 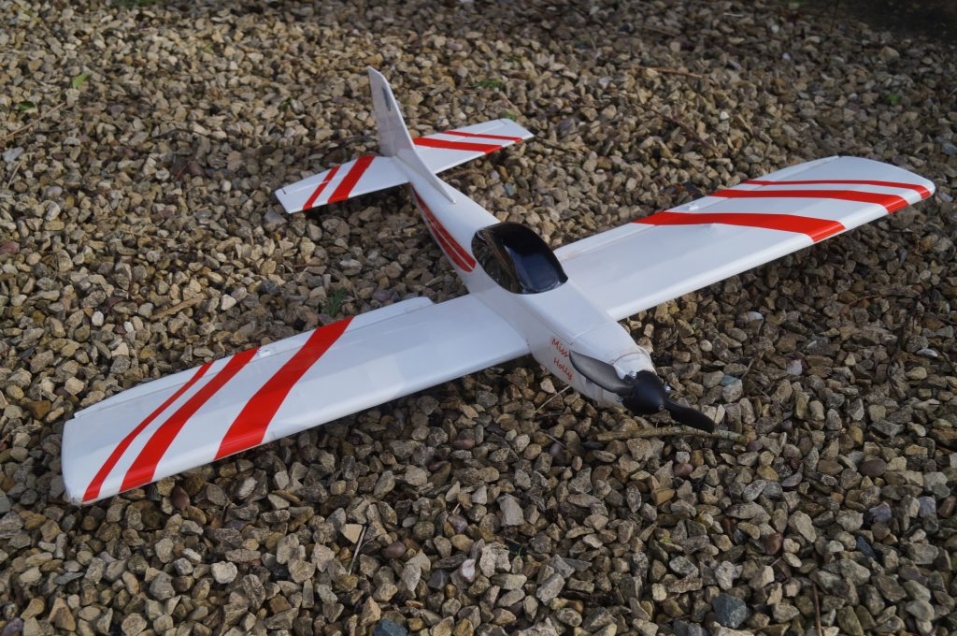 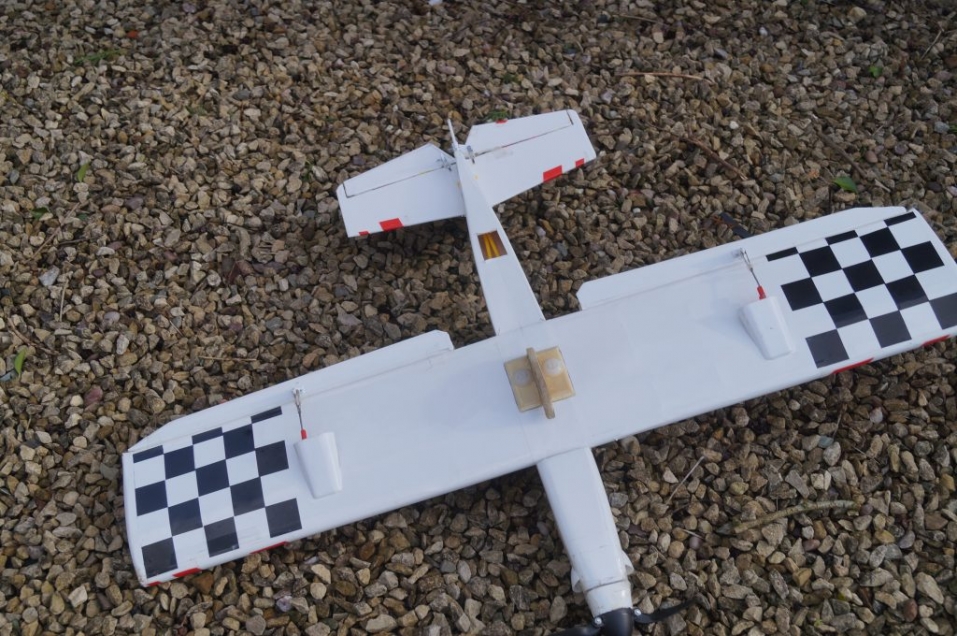